Key Terms in a Florida Criminal Case and What They Mean 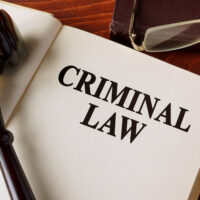 Do you know what it means to be arrested…but not charged? Can you be charged but not convicted? What’s the difference between a dismissal and an acquittal? With all the legal terminology that’s tossed around in the Florida criminal process, it’s hard to understand your rights. Still, you really need to be familiar with the key terms if you’re accused of criminal activity. Even though your Fort Lauderdale criminal attorney will handle the complex court proceedings and rules, it’s important to know what your lawyer is talking about when he or she mentions:

Arrested: When police detain you based upon probable cause that you’ve committed a crime, or pursuant to a warrant, you’re officially under arrest. Note that the standard for probable cause is rather low, so officers typically need little more than a reasonable suspicion to take you into custody.

Charged: One of the first court hearings you’ll attend is your arraignment, which is where the judge will read the criminal allegations against you. At this point, you’ve been charged. Note that the official charges stated in court may be different from those related to your arrest, often where police have uncovered new or different information since detaining you.

Indicted: Not all criminal cases begin with an arrest, especially if police have been conducting an investigation without your knowledge. When officials have solid information of a crime, they can take the matter to a grand jury to decide whether to announce criminal charges – which means to indict you. These proceedings occur behind the scenes, so you may not even be aware of the process until an indictment is released.

Dismissed: There are numerous reasons that a typical criminal case cannot proceed beyond the initial phases, though the details depend on your case. If successful in convincing the court on such issues, the charges against you could be dismissed and your case is over. You can raise many of these matters during the pre-trial period and up to the date of your trial. Some examples include:

Convicted: If your case goes to trial, the prosecutor has the burden of proving your guilt beyond a reasonable doubt. This is a very high standard, which requires the state to show without question that you committed the crime for which you were charged.

Acquitted: When the prosecution fails to meet the burden of proof, leading to doubts in the minds of the judge or jury, you’ll be acquitted. Your case concludes and you go free.

Reach Out to a Florida Criminal Defense Lawyer Today

These are just a few of the important legal terms in the Florida criminal process, but there are hundreds of additional definitions that you may not know if you don’t have a legal background. You can be sure that a prosecutor will take advantage if you’re unfamiliar, so it’s best to retain legal counsel to represent you. For more information, please contact the Fort Lauderdale offices of attorney Kevin J. Kulik to set up a no-cost consultation.