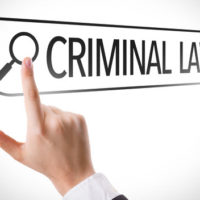 Most people are familiar with the term “white collar crime,” but many are unclear about what the laws cover, potential, punishment, and other details. These offenses are typically based upon fraud schemes, which are described in Florida’s statute on False Pretenses and Frauds. The basic form of the crime is making intentionally deceptive statements to obtain money or something of value, but there’s much more to these cases – which is why so many misconceptions persist.

A Florida white collar crime defense attorney can explain how these cases work, but it’s important to first clear up some of the most common myths about them.

It’s easier to avoid a white collar crime arrest. There’s an assumption that you can get away with such an offense because police tend to not investigate them as aggressively as other crimes. This may have been true years ago, but a rash of high-profile white collar criminal cases in the 1980s brought the trend to an end. Today, both Florida and federal law enforcement vigorously investigate and pursue these cases because they’re so expansive and harmful to victims.

Prosecutors are hesitant to pursue powerful or wealthy defendants. Another misconception in the criminal process is that the prosecution won’t follow through after an arrest for certain suspects. This may be the plot of TV and movies, but it’s not the case in real life. Prosecutors aren’t concerned with collateral consequences when they’re seeking justice, so they may actually invest more effort and resources when the defendant is a powerful or wealthy individual.

A conviction for white collar crimes rarely leads to incarceration. Some of these crimes will trigger Florida’s mandatory minimums when a defendant is convicted, which means a judge doesn’t have discretion when issuing a sentence. For federal white collar crimes, the US sentencing guidelines also require judges to follow certain criteria. There are rare exceptions for cases involving mitigating circumstances or downward departures. As such, it’s highly likely that you’ll face prison time if convicted, since white collar crimes are often felony charges.

White collar crime is basically a theft offense. Many white collar offenses involve schemes to defraud, which lead to the myth that the case proceeds according to statutes regarding robbery or theft. While the end result often does deprive a victim of money or other items of value, white collar crimes are treated differently because they’re often massive in terms of scale. There could be hundreds of victims and multiple thousands of dollars at stake. In addition, many white collar crimes don’t involve theft – particularly those related to drug manufacturing and trafficking.

One factor many people do understand about white collar crimes is that they’re extremely complex, often involving massive amounts of evidence, multiple defendants, and a range of statutory laws. If you believe you’re under investigation or were recently arrested for white collar crimes, please contact Fort Lauderdale white collar crime attorney Kevin J. Kulik. We can schedule a no-cost consultation to discuss the details.