Reminder That Marijuana is Still a Controlled Substance in Florida 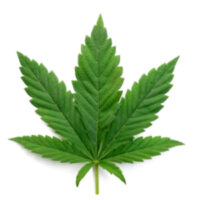 Even as some US states are legalizing marijuana for recreational and medical use, it’s important to remember that you can still be charged with Florida drug crimes for certain forms of misconduct. In fact, cannabis remains a Schedule I controlled substance, defined as a drug with no currently accepted medical use and a high potential for abuse. There are numerous prohibitions and penalties under Florida’s laws on marijuana offenses. What you think isn’t a big deal can actually lead to felony charges, for which you may be sentenced to a lengthy prison sentence and fines – along with collateral consequences for being a felon.

As such, many people could use a few reminders about offenses involving marijuana. The first is that retaining a Florida drug crimes defense lawyer is essential if you’ve been arrested, but an overview of the laws is helpful.

Marijuana Possession and Penalties: The exact nature of the charges depends upon the weight of the pot that you have in your possession at the time. A possession amount of marijuana is 20 grams, so if you have less than that, you could be charged with a First Degree Misdemeanor. For a conviction, you face a year incarceration, probation, a fine up to $1,000, or a combination of all three. Possession of 20 grams or more of marijuana is a Third Degree Felony, punishable by up to five years in prison and a $5,000 fine.

Trafficking in Marijuana is a Serious Crime: If you possess, sell, produce, manufacture, transport, or purchase larger amounts of pot, you could face charges for trafficking. The threshold amounts are 25 pounds of cannabis or in excess of 300 plants. Trafficking in marijuana is a First Degree Felony, but your punishment depends upon the total amount of pot, so:

If you were arrested for possession, selling, or trafficking in marijuana or any other controlled substance, please contact Fort Lauderdale drug crimes attorney Kevin J. Kulik right away. Our criminal defense strategies tend to be more effective when we get involved as early on in the criminal process as possible, since you could make mistakes that harm your rights. We’re happy to set up a consultation at our office or consult with you via phone.