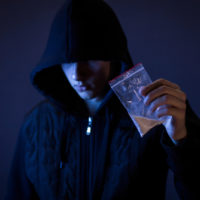 Even as general attitudes regarding use of controlled substances has become more relaxed in recent years, many drug crimes still involve serious charges and harsh punishment in Florida. In 2018 alone, Florida Department of Law Enforcement arrested 134,396 individuals for violations of state controlled substances laws. A conviction could lead to years in prison, fines in the thousands, probation, and many other penalties. Plus, there are the collateral consequences of having a drug-related offense on your permanent record, which impact your job, your driver’s license, and many other aspects of your life.

If you were arrested for any one of the most serious offenses, you’ll need a Florida drug crimes attorney to aggressively defend your interests. A summary of the relevant laws should convince you to retain legal counsel right away.

Overview of Florida Drug Offenses: There are many different types of activities that constitute a violation of Florida’s controlled substances laws. Some are misdemeanors, but you may be charged with a felony for the most serious drug crimes, including:

For the most part, the charges and penalties depend on the type and quantity of the drug involved. The greater the weight and higher upon the controlled substances schedule system, the more severe the offense.

Details Regarding Specific Offenses: With this synopsis in mind, it’s helpful to review the specific charges in more detail.

Possession: Though smaller amounts of marijuana are misdemeanors, almost all other drug possession arrests involve Third Degree Felony charges, including:

A Third Degree Felony conviction is punishable by up to five years in prison and a $5,000 fine.

Dealing in Drugs: Florida law prohibits the sale and delivery of controlled substances, whether the transaction involves money or some other item of value. Dealing in marijuana may lead to Third Degree Felony charges as described above, but you’ll face Second Degree Felony charges for most other drugs. You could be sentenced to a maximum of 15 years’ imprisonment and a $10,000 fine.

Drug Trafficking: This offense is defined as selling, purchasing, producing, possessing, or delivering a “trafficking” amount of controlled substances into or within Florida. The exact weight that rises to the level of trafficking varies according to the drug, but it’s much more than what’s involved with possession or manufacturing. Most drug trafficking cases proceed as First Degree Felony charges, which triggers mandatory minimum prison sentencing laws. However, a judge could sentence up to 30 years if you’re convicted.

A Florida Drug Crimes Defense Lawyer Will Protect Your Rights

An arrest for drug offenses may seem like the end of the world, but you don’t have to face the charges on your own. Your best strategy for fighting the allegations is retaining experienced legal representation, so please contact Fort Lauderdale drug crime attorney Kevin J. Kulik to learn more about your defense options. We can offer personalized advice after conducting a confidential consultation at our offices.