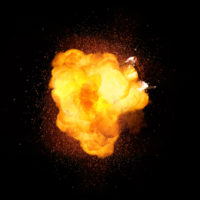 A former Florida National Guard soldier was sentenced on bomb making in an unusual case involving the deaths of his two roommates, according to a January 9, 2018 article appearing in the Tampa Bay Times. While he was never considered a suspect in the killings of the two victims, officials uncovered considerable evidence when they were investigating those crimes. He was eventually charged and pled guilty to possessing crimes regarding destructive devices and explosive materials. Though the man had no criminal history, he was sentenced to five years in prison along with three years of supervised release. The circumstances of his arrest were far from typical, but he will still serve time on the weapons charges, which are extremely serious under Florida and federal law.

What Qualifies as a Destructive Device?

The penalties in connection with destructive device offenses depend on the details of the crime. The Tampa man was not charged with discharge of a destructive device, which may be punished with the death penalty if someone is killed by the bomb. However, the criminal sanctions for possession are still considerable:

This type of destructive device crime is a Second Degree Felony, punishable by up to 15 years in prison, 15 years on probation, and a fine up to $10,000.

Get Legal Help from an Experienced Florida Criminal Defense Attorney

Bomb making and destructive device charges carry significant penalties under Florida law, and can even be more serious under federal law. If you are facing these types of crimes, it is essential to hire a dedicated criminal defense lawyer right away. Please contact the Fort Lauderdale offices of attorney Kevin J. Kulik to schedule a consultation today.