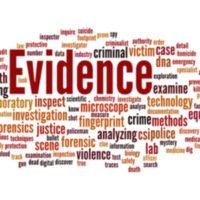 Evidence is the focal point of any Florida criminal matter, whether it is in the form of witness testimony, a document, electronic information, or any other item that serves to prove or disprove a fact at issue in the case. If you are facing charges, you naturally want evidence in your favor to be allowed in court and to be tossed if it supports the prosecutor’s allegations. Your wishes may not come true with respect to every item, but generally speaking, evidence should be excluded if it:

Your Florida criminal defense lawyer can tackle the complicated issues involved with what is and is NOT admissible, but it is important to note the basic types of evidence that should be excluded.

If officers violate any of these civil rights, any evidence they obtain illegally must be tossed out of court. The theory is that police would not have recovered such items had they not broken the law, so the evidence should not be admitted.

In reviewing these types of evidence that should be excluded, you can see how keeping them out of court can have a significant impact on your criminal case. For more information on evidentiary issues, please contact Fort Lauderdale criminal attorney Kevin J. Kulik. Once we review your specific circumstances, we can advise you on defense strategies.