What Are Aggravating Factors In A Florida Death Penalty Case? 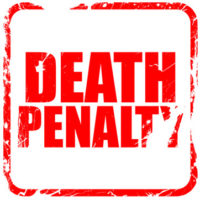 The Florida death penalty has been in the news frequently over the last few years, first being partially struck down on Sixth Amendment grounds by the US Supreme Court in the 2016 case of Hurst v. Florida, then reinstated by statute a few months later, and subsequently followed by legislation in 2017. As it stands after these recent developments, a person convicted on a capital offense may face the death penalty only upon unanimous recommendation by a jury after a separate hearing on aggravating circumstances. Still, there is much more to the death penalty for a Florida homicide or other crime, so an overview of the process should be helpful.

Upon conviction or a guilty verdict in a capital felony case, Florida law requires an evidentiary hearing on the issue of whether the defendant should be sentenced to death or life in prison without parole. This separate sentencing proceeding takes place before the same trial judge and jury, unless the inability to reconvene makes it necessary for the judge to appoint a special jury.

During the hearing, the prosecuting attorneys may present evidence related to aggravating factors listed in the statute. If the jury finds that prosecutors did prove the existence of an aggravating circumstance, the defendant is eligible for the death penalty. The findings of the jury must be unanimous, and the evidence must comply with the “beyond a reasonable doubt” standard.

From that decision, the sentencing hearing proceeds to another step: The jury must then make a recommendation to the court regarding the death penalty, after weighing all mitigating and aggravating factors together. Again, this recommendation must be unanimous and shared by all members; if even one juror disagrees, the sentence must be life in prison without the possibility of parole.

There are 16 aggravating factors listed in Florida’s death penalty law for the jury to consider. For example, the jury may make a recommendation for the death penalty where the capital felony was committed:

This summary of the death penalty in Florida capital felony cases is no substitute for the advice of an experienced criminal defense attorney. For more information or to schedule a free consultation, please contact the Fort Lauderdale, FL office of attorney Kevin J. Kulik.