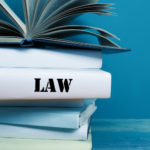 A domestic violence call led to serious charges for a Leesburg, Florida man, after Lake County Sheriff’s Office deputies arrived at his home to find him injured and lying in the back of a pickup truck. On October 26, 2017, the Palm Beach Post reported that the accused man’s wife made the 911 call… Read More »

When a disagreement escalated into an intense argument between a man and his niece, the woman’s mother called 911 to report a domestic dispute. The events that followed are still under investigation, but one thing is certain according to a report by the Broward Palm Beach New Times: Sheriff’s Deputies shot and killed the… Read More »

Orders of Protection for Domestic Violence in Florida: The Basics You Need to Know

Florida law provides for orders of protection against violence, though you may be more familiar with the common term, “restraining orders.” The legal impact of such an order is intended to prevent a person from engaging in certain types of violent activities against another person and safeguard them from harm. If you’ve received an… Read More »