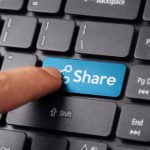 Two teens found out the hard way that crime and posting on social media don’t mix, as the pair was arrested by police after a two-day spree of hit-and-run incidents, multiple burglaries and theft. Walton County, Florida’s ABC News Channel 3 WEARTV reported that the two, both 18 years old and from Texas, are… Read More » 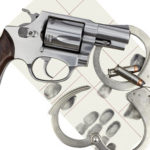 A three-judge panel of the 1st District Court of Appeal regretfully upheld a sentence handed down under Florida’s 10-20-Life statute in a case that many are calling an injustice. According to an article appearing in US News & World Report on August 1, 2017, one of the judges even wrote an opinion on the… Read More » 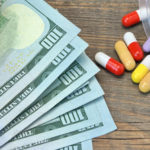 In one of the largest opioid-related fraud busts in US history, U.S. Attorney General Jeff Sessions and Health and Human Services Secretary Tom Price targeted opportunists that have been profiting off of our country’s latest drug epidemic. Over four hundred perpetrators, including 52 physicians, account for $1.3 billion in fraudulent billings; in South Florida,… Read More » 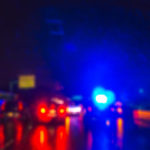 Sheriff’s deputies were on the run after a criminal in a very unexpected location in Central Florida on Wednesday, July 5, 2017: The cow pastures of rural Marion County. The Palm Beach Post reported that the man, driving a stolen truck, led officers on a miles-long chase through numerous fields before finally being apprehended…. Read More »

Air Pollution May Be Linked to Increases in Violent Crime

Criminals are understood as to be those who function outside of a coexistent society. They are defined as “deviants” and “outsiders” because society paints criminals to be unable to fit into our society without some form of rehabilitation or the use of punishment to deter unacceptable actions. However, there are studies put forth that… Read More »

“Ban the Box” Legislation and Employment for Criminal Defendants

One of the main factors which help to keep ex-felons from returning to prison is their ability to find employment. Unemployment is one of the most deciding factors when reflecting the recidivism rate for ex-convicted felons. The answer seems obvious: if you’re an ex-felon, go out, get a job, and be a productive member… Read More »

Media and entertainment has dictated the way that we as a society perceive “criminals” and “felons”. The movie and TV industry has painted a portrait that portrays the qualities and characteristics that resonate with us and the images that we have in the mind’s eye when we think of violent criminals. Generally we think… Read More »

Criminal Artificial Intelligence: How Should the Legal System Deal with Criminal Robots?

It is incredibly fascinating to imagine how technology will reinvent society as we know it today. Our society is dramatically different than the one that the generation before us had lived, and with the speed in which innovation and technology have progressed, it can only be understood that future generations will experience a different… Read More »

Body Cameras on Police Officers: A Workable Solution in the Aftermath?

With the last week, the country has been up-in-arms over the events that occurred in Missouri and, to add fuel to the fire, the “no indictment” ruling for a police officer who used a banned choke-hold maneuver that ended the life of a man. With so much in turmoil and the citizens taking to… Read More »

The Limelight on the Grand Jury System in Florida

Recently in the news, there has been constant discussion about grand juries and their ability to indict. Grand juries serve an extremely important role in our justice system, as we have witnessed in the last month, but how they work still remains a mystery to the general public. The grand jury system in Florida,… Read More »